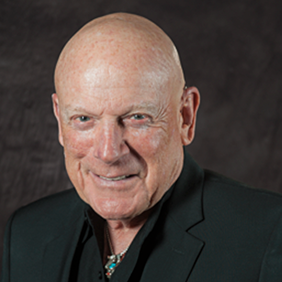 Douglas Jemal was born in Brooklyn, New York and came to Washington, DC in 1966. Douglas began his career in the retail trade with a small store on 7th Street NW. He soon expanded into the electronics and music business, and by the mid-1980’s had created one of the most successful retail electronics chains in the nation.

Douglas branched into real estate in the early 1980’s, purchasing his first parcel at 425 7th Street NW in 1981. Since then he has focused on purchasing and developing distinctive commercial properties in urban areas, such as Uline Arena (former event space and first location The Beatles played when they came to the U.S) in NoMa, the Hecht Warehouse (on New York Avenue, the home of the former Hecht Company distribution warehouse), the historic block of 7th Street between G and H in Chinatown and the Historic Woodies Building at Metro Center. He believes in the hands-on approach to development and is actively involved at the design, construction and leasing of all his properties.

Douglas is particularly noted for his unprecedented success in preserving historic architecture while transforming properties into viable and successful retail, office or residential sites.  His retail background provides him with valuable insight into the needs of the eventual tenant while construction is underway, as well as the proper mix and placement of tenants once leasing commences.

In addition to restoring notable buildings and revitalizing historic neighborhoods, Douglas Jemal is an active philanthropist proud to give back to the communities he works in. In recognition of his philanthropic work and historic preservation efforts, Douglas received the 2014 District of Columbia Awards for Excellence in Historic Preservation Lifetime Achievement Award.

Douglas’s work has expanded throughout the Washington, DC Metro Area as well as in Pennsylvania, New Jersey, Richmond, VA and Buffalo, NY.